Many have heard about the moldovan hospitability, but few know where to search for it when they plan to visit Moldova. A place with such a treasure can easily be found towards the north-east of the country, just 38 km’s from Chisinau on the left side of Nistru river. The village is named Pohrebea and it hosts a population of 700 people. Despite sounding like it is part of Transnistria due to being on the left shore of Nistru river, it actually is part of Moldovan territory. But only a very few kilometres from it’s entrance it has the Transnistrian border control and a fair share of history.

The history of the village starts from the 1769, the year when it was first recorded. The first settlers where refugees of the Moldovan principality which were under tumultuous times due to various wars and constant changing of rulers. The name of the village can be traced from a legend saying that the settlers were moved from the Pogrebeni village during the war. As a majority of them were of russian origin and they had the tendency to build their houses in the shape of cellars (cellar being called “pogreb” in russian), the name came up from their building style, initially “Pogreba” and then later turning into Pohrebea. Nowadays the village has a variety of styles in regards its houses, with some having even a cellar in the hill accompanying the village.

Processed with VSCO with preset

The two things that this village is mostly famous for, is the destroyed church and the island in the middle of the river. The church is named Saint Aleksei, in the name of the son of the russian tsar Nikolay II. It is said that his son was sick from a young age and he was seeking ways to cure him. Upon visiting a monk he was told to build a few churches across certain locations, Pohrebea being one of them. Despite not curing his son, the church has survived to this day including two major wars.

In august 1944 during World War II Moldova was a major battle front. During the operation Iasi – Chisinau, the church was used as a fortress by both the nazi and the russian troops. To this day the scars of the battle can be seen in the walls of the church as many bullet holes are left. The top of the church was also blown leaving it up to this day an open space. As in Soviet Union religion was forbidden, the church was transformed into a deposit and then later in 1992 during the Transnistrian war it was used again as a fortress. The only difference was that this time the bullets were coming from the other side of the shore! With no money for restoration the church has been left in the same condition since these bloody events, reminding the villagers daily of them.

Processed with VSCO with g3 preset

Looking at the brighter side, Pohrebea has something unique – an island in the middle of the river. But it’s not the island itself that makes it special, but the inhabitants on it! It ain’t called the “Cow’s Island” for nothing… and yes, you’ve read that right! This island is inhabited by the cows of the villagers throughout the warmer seasons. Just as the water gets warmer in spring, the cows are taken to the island by swimming and are left there until mid-autumn. Then three times a day, every single day the women are rowing the boat to the island in order to milk the cows and bring it to the village. They are more than happy to do this as they claim that the milk comes out much better and the cheese much tastier. This curious activity has even raised some interest in the local filmmakers which are shooting a documentary at the moment about it.

But besides these things it is the atmosphere of the village that makes this place special. A quiet journey into the moldovan village life where everyone will greet you on the street despite seeing you for the first time in their life. A peek into the local shop will take you in soviet union as nothing has changed since, except the currency and the food products. While exploring the paths around various courtyards, you will end up either up on the hill or down by the river shore where you can watch the locals working on their fields.

And if you wish to experience a local way of life, you can stop by at Alex’s house, the warmest person who is open to receive guests including overnight. Unlike most of the young people that move away from countryside, Alex choose this lifestyle consciously. Alongside his two dear dogs he is spending most of his time here working for the community, but also pouring his love into the Earth growing a variety of  vegetables, fruits and herbs. Hikes along the river, seasonal plant picking, working in the garden, local homemade wine and food tasting or even milking a cow are things that he can offer if you come to visit him. Not to forget discovering the local fauna and specific night time tours are also available! From july also happily providing overnight stays in his traditional moldovan house. In order to find out about the availability or to get in touch with him, you can do so through our contact page or reach him directly on this facebook page. 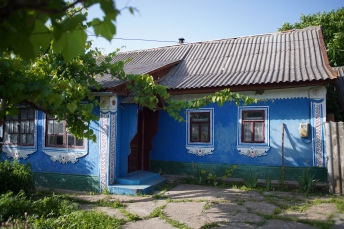 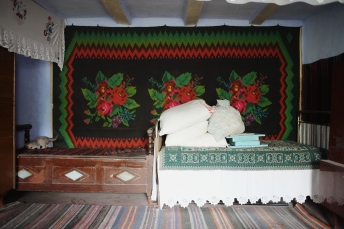 Processed with VSCO with p5 preset

In regards reaching Pohrebea, there isn’t much of a difficulty as there is a direct minibus that leaves from the central bus station in Chisinau every hour from 8am until 6pm. The return route towards the capital is narrower, with the last bus leaving at 4pm from Pohrebea. The cost of a ride is 20 lei (1 euro) and it takes around 45 minutes drive. Ofcourse hiring a tour guide, driver or renting a car is also possible. In case that you choose to go by public transport, go a bit earlier to get a seat as the bus can fill quickly and it may not be most comfortable to be standing, especially in the summer heat!